The Les Voix de la Jeunesse French Film Festival, which will run March 25 through April 19, is the second of its kind to ever be held on the Ole Miss campus. The event, which will screen six special-edition French-language films, was organized by Drs. Sara Wellman and Anne Quinney, who oversaw a similar event in 2016. The French professors have been hoping to hold another festival since their success six years ago, and this year that wish is coming to fruition.

The professors began preparations in the fall, starting with recruitment initiatives. Sophomore Winn Philpott joined partially because she had been taught by both professors, but also because she “thought it would be cool to get involved with more French culture on campus.”

The first step for the small team, comprised of both professors and four students, was to apply for a grant through the FACE Foundation. The non-profit, which promotes French-American cultural exchanges, provided a list of thirteen films for schools all across the United States to consider showing. Applicants were then required to choose six for their own festival and explain why their choices would best suit their specific community. Once this was done, the Foundation reviewed the applications and selected thirty-five schools for which to fund festivals. 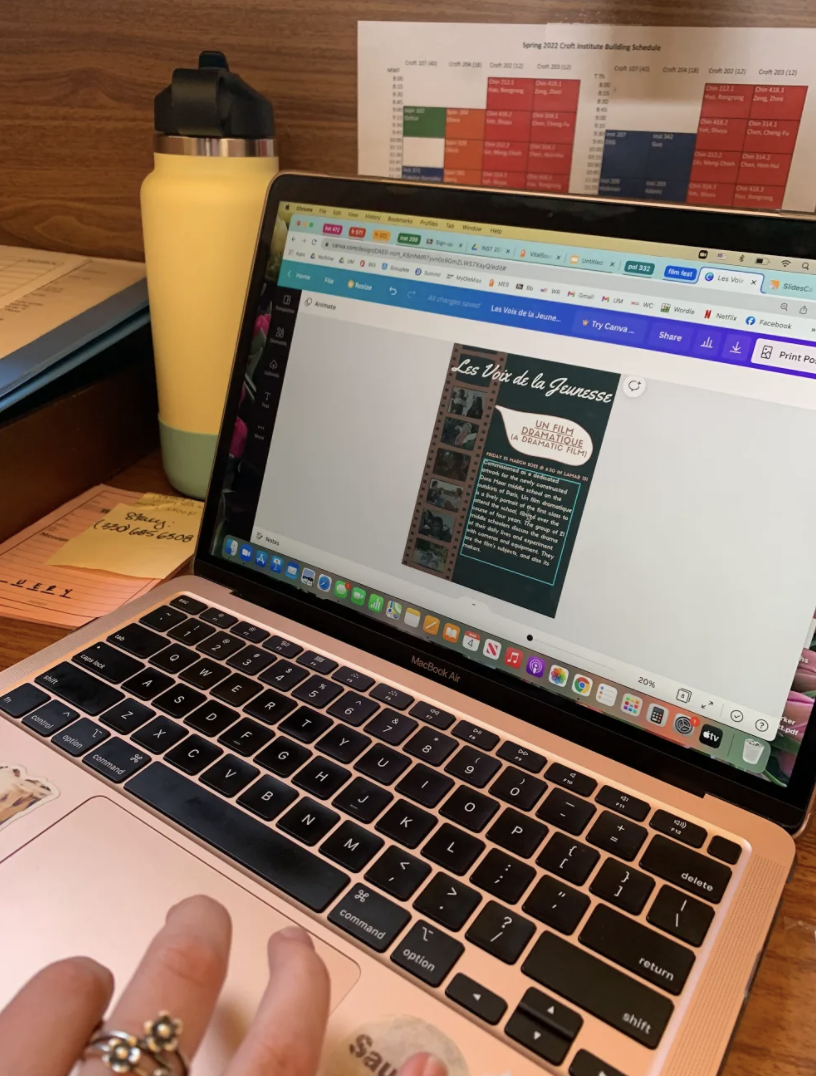 Ole Miss’ festival team viewed trailers and read synopses for each of the thirteen films, and then met to discuss their top choices. Once six favorites had been settled on, Drs. Wellman and Quinney filled out and submitted the grant application in November.

After a brief waiting period, they were approved, and their staff got to work figuring out the festival’s film lineup, showing schedule, and venue. Next on the docket was advertising, which Philpott headed up by creating posters and social media posts. Designing merchandise and inviting speakers to introduce the films came last, and by the time spring break rolled around, the team was once again waiting–this time, to put on the show.

The first film, Un Film Dramatique, will be shown on Friday, March 25. The team has invited local high school French students to attend the movie, and Oxford High French teacher Lydia King will give a brief introduction of its director and premise. Encouraging community engagement with the movies was important for the festival staff, and including local high schoolers was one goal they had all agreed upon earlier in the semester.

“I hope that by inviting high school students, they might be interested in also getting involved in something like this when they go off to college,” Philpott said. “But it’s also a really great free opportunity for other people on campus and in the Lafayette community to come and engage in a pretty unique experience.”

Five subsequent movies will follow Un Film Dramatique, encompassing the genres of comedy, drama, and romance. Most of the films have had only limited releases in the United States, and some have never been screened in Mississippi. 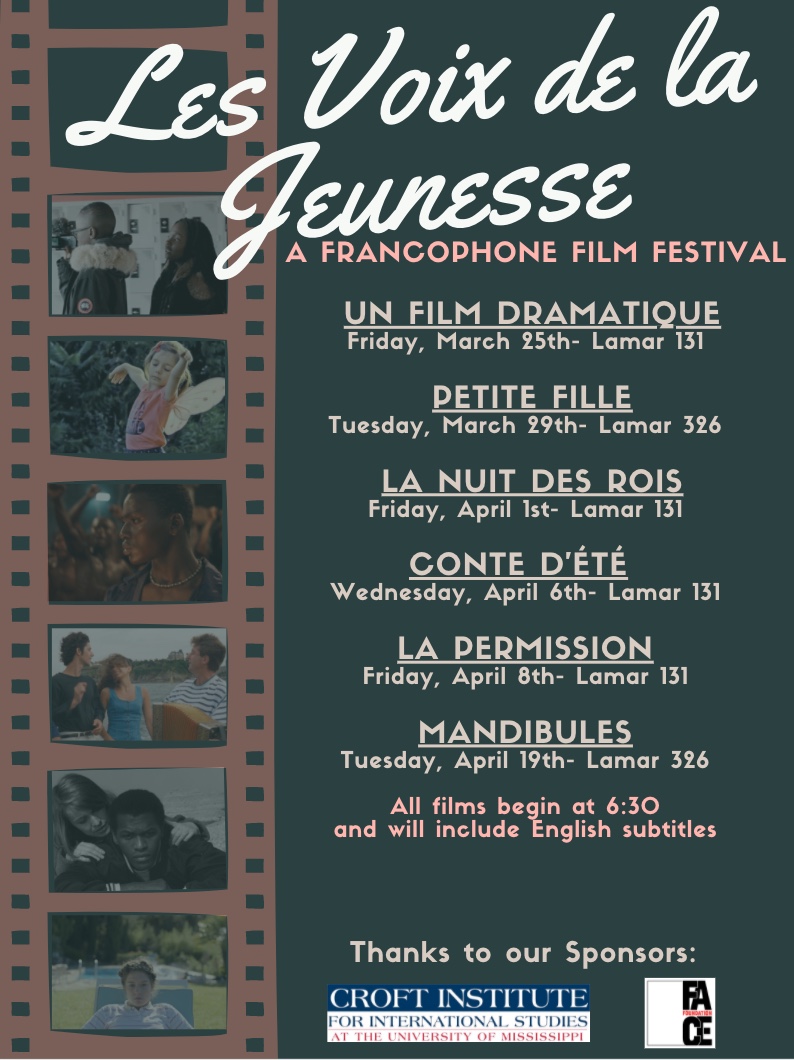 There are other factors which make this festival one of a kind, however. First, despite its French-heavy premise, there are no language barriers prohibiting non-French speakers from understanding the films. Each movie has subtitles, so any attendees fluent in English will be able to follow the plot.

As such, the event presents an opportunity for students to broaden their major-specific horizons and engage with a language they might have little experience in. “In your undergraduate studies…it’s pretty easy to get bogged down by what specifically you’re studying, and it can be hard to differentiate what kind of things you’re involved in,” Philpott said. “People from a bunch of different areas of study can be interested in coming to this because this is an opportunity for people to get [a new] kind of exposure.”

Finally, foreign films–especially ones that portray cultures across multiple continents and social contexts–are an interesting and accessible way to look into other cultures.

“Sometimes it can be difficult to understand different countries and different cultures if you don’t have access to things such as newspapers or other forms of media,” said Philpott. “But I feel like movies, specifically ones that are already translated, are a really good way to better understand people who don’t speak the same language as you, and to have a more global perspective.”

Though this festival was only the second of its kind, Philpott and her teammates are already interested in sponsoring the event in years to come. “This is an opportunity that’s pretty unique to being on a college campus,” she said. “I would really enjoy working on it again, and I hope that it [can] be a more regularly-occurring thing.”