And I’m not with Her with a sigh or slouched shoulders or because she is the lesser of two evils; I am with Her through and through, and I am damn proud to be.

I am voting for Hillary Clinton because before she was Hillary Clinton, she was Hillary Rodham.  First, a twelve-year-old girl who wrote to NASA asking how to become an astronaut, only to find out that she couldn’t because she was a girl. Then, when she was a college student organizing teach-ins on the Vietnam War and the first to give a student-led commencement speech at Wellesley College. Next, the woman who worked at the Yale Child Study Center, taking on cases of child abuse and researching problems of migrant workers.

I’m voting for Hillary Clinton, Secretary of State. I’m voting for the secretary who helped negotiate a ceasefire between Israel and Hamas, who was fundamental in laying the foundation for the Iran Nuclear Deal by urging the toughest sanctions in Iran’s history, who negotiated with Myanmar for freer elections, and who played a vital role in reducing American and Russian nuclear arsenals to their lowest in 50 years.

I am voting for a Nasty Woman, who has all-too-often been caught in the double binds of sexism every woman knows so well. I’m voting for the woman who has been called a bitch, had her sexuality questioned, caught flak for not taking the Clinton name right away, was interrupted 51 times by Trump in the first debate, and whose success has continuously been accredited to riding her husband’s success. I’m voting for the woman who has not been afraid to be labeled as aggressive, unpersonable, and bossy, while always carrying herself with poise and grace.

Op-Eds do not reflect the views of The Ole Miss or the University of Mississippi. For any concerns, please contact managing@theolemissyearbook.com. 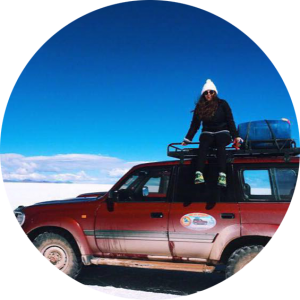