The Ole Miss women’s golf team had a fairytale ending to the 2021 season, coming out on top as NCAA National Champions. The team made history, securing the first national title for any women’s team sport in school history, and the first national championship for the university since 1962’s football team.

The Rebels defeated Oklahoma State 4-1 in assertive fashion, capturing the title at the Grayhawk Golf Club in Scottsdale, Arizona. OSU got off to a good start, but once the Rebels shook their nerves and took control, they never looked back

Sophomore standout Chiara Tamburlini was dominant on the course, winning her match 6 & 5, the largest margin of victory in championship match history. Senior Kennedy Swan came up huge for the Rebels, winning her match 2 & 1 and securing the second point. The deciding point was made when sophomore Andrea Lignell sunk her par putt on the 17th hole. Lignell won her match up 2 with a hole to play, while simultaneously clinching the championship point for the Rebels

“My first feeling was relief. I was so relieved it was over,” said Lignell. “It was unreal when the putt went in and it took a few seconds to understand what actually happened, but it was one of the best moments of my life.”

After the Rebels had secured the title, All-American senior Julia Johnson kept the ball rolling, winning her match 3 & 4

Sophomore Smilla Sonderby lost her match 4 & 3. However, she was the key player in getting the Rebels to the National Championship stage. Ole Miss defeated Texas 3-2 in the quarterfinals one day prior, where Sonderby secured the winning point to advance after winning her match on the third playoff hole. Sonderby was actually a substitute for Ellen Hume, who sat out of the match play portion due to injury.

Coach Kory Henkes took over the Ole Miss women’s golf team in 2015. Since then, she has completely turned the program around, leading the Rebels to three NCAA tournament appearances, a Southeastern Conference tournament championship in 2019, and, most importantly, their first NCAA national title

“We were ranked 134th when I took over the position at Ole Miss. I saw it as an opportunity with great facilities and the right people in place that we could really do something special here, and that’s what we’ve done,” Henkes said. “I’ve just tried to chip away at it every year. Just try to bring players here to Ole Miss who want to be a part of something special and help us achieve all of our goals. I think that was the thing; let’s just get a little bit better until we can reach our goals.”

When asked how Coach Henkes motivated the team, Lignell said, “Coach Kory is really good at showing that she believes in you and she cares about you both as a player and person. She just made sure we did not forget to go out and have fun and enjoy the game we love. I would say that was significant because she never put pressure on us; instead, she just wanted us to enjoy it, which helped us to win the title.” 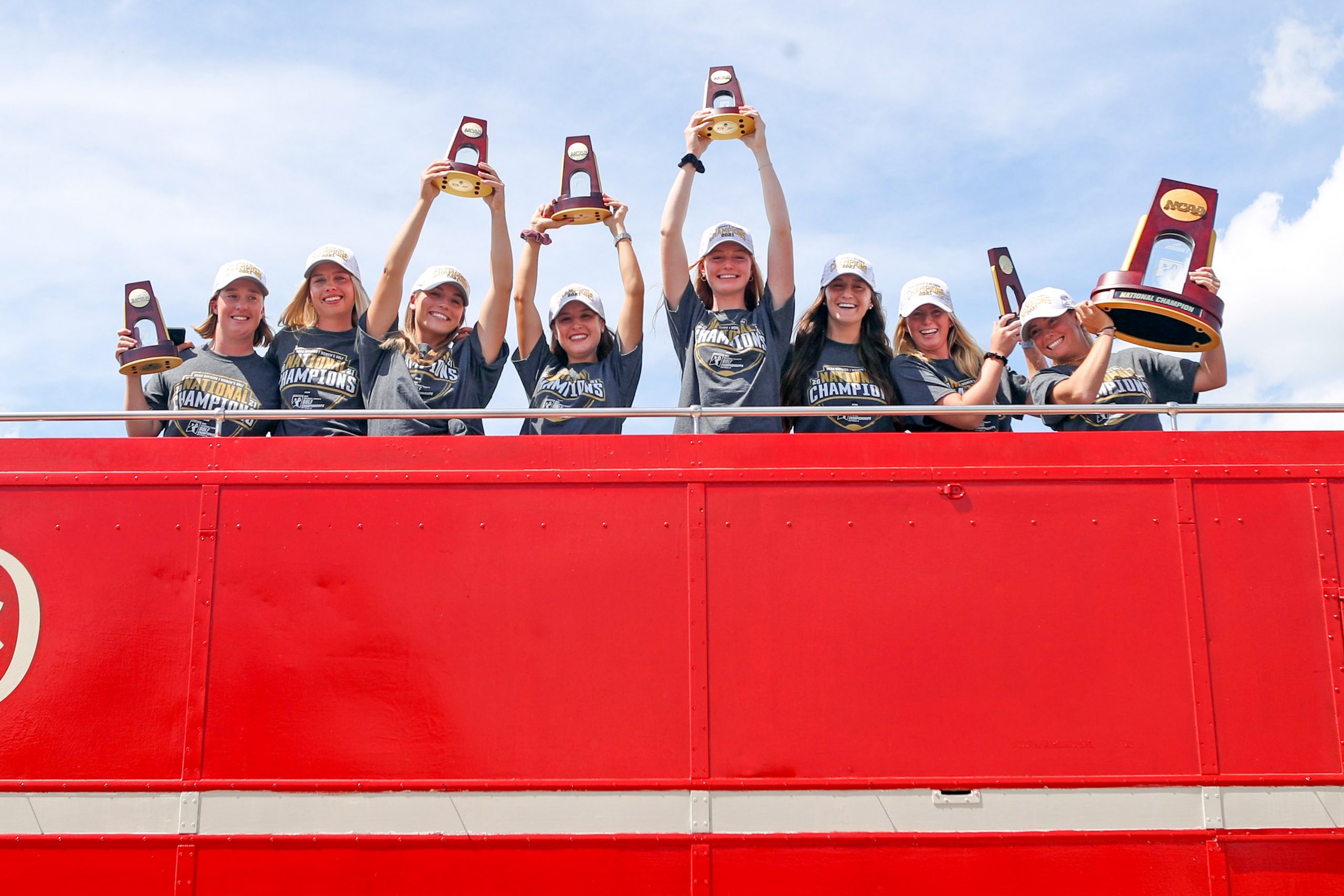