On Wednesday, the University of Mississippi held an open event for students and faculty to discuss and share their concerns regarding incidents that followed the 2016 elections.

The community conversation, titled “Confronting Hate: Processing and Challenging Post-Election Bias and Racism,” was hosted and cosponsored by the Associated Student Body, the William Winter Institute for Racial Reconciliation, and the UM Center for Inclusion and Cross Cultural Engagement (CICCE). The forum prompted students to discuss issues surrounding this year’s election.

“Since the presidential election, there has been a rise in reports of racist and bias-related incidents,” said Mead. “Students at college campuses across the country have reported instances of bias, harassment, vandalism and even violence…the University of Mississippi is not immune to these acts.”

In response to these incidents, Jennifer Stollman, the academic director for the Winter Institute and facilitator of the event, opened the floor to discussion of the post-election occurrences.

“What a wonderful opportunity for all of us to come together and process the post-election events, as it relates to confronting hate,” said Stollman. “When you have a conversation like this, it’s always best to know what our objectives are. People need to know, when we’re trying to process injury or trauma or bias, we need to sort of have limited objectives. We are here to try and process some of the incidents of violence that happened on our campus and across the country.”

“This community discussion encourages understanding these behaviors, sharing their impacts and strategies for challenging and stopping harmful behavior that ultimately undermines American democracy and civil rights on this campus and across the nation,” noted Stollman.

During the event, students and faculty attending were broken up into groups of five or more to answer and discuss questions such as, “why did this election especially raise post-election anxieties?” Participating in one of these groups, student Emily Hoffman, an ASB senator, explained which anxieties she has faced since the election and why.

“Personally,” said Hoffman, “the part of the election that stood out to me, just because of my identity, is the fact that it was male versus female. And I think that a lot of my anxiety that came from this election was due to the fact that we had two candidates, one who was saying sexist things. And for me, that was one of the top things that came to my mind, but I think this election brought out selfish things in everyone from both sides. So, I think that’s where my personal anxieties came from, like and then after that we have all the other anxieties we were dealing with like race and progress and everything else like that.”

Over 100 students, like Hoffman, attended the ninety-minute session and were given the opportunity to share opinions, political beliefs, ideals, and concerns they have regarding the post-election incidents, as well as hear from fellow students and faculty. 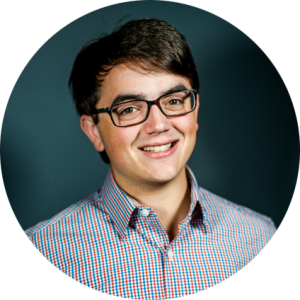