We created a list with the perfect books read (or gift!) over Christmas break. No matter what you enjoy reading, curl up in front of the fire with one of these 11 picks while you’re relaxing away any post-semester stress.

If you like adventures: Burning Glass by Kathryn Purdie

This Russian Fairytale-esque novel tells the story of a young empath who uses her gift to protect the empire. When she is forced to side with either the emperor who trusts her or his mysterious brother, the crown prince, she realizes she may be the key to saving the empire—or its greatest threat. 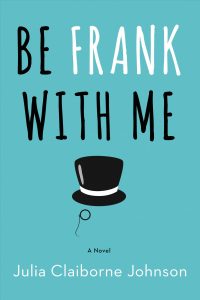 If you like comedy and emotion: Be Frank with Me by Julia Claiborne Johnson

This tale about an unusual mother and son is quirky and captivating. While mother, Mimi, is busy writing her next novel for the sake of an income, her son Frank gets a new babysitter, Alice. Alice becomes captivated with the boy with the wit of Noel Coward, the wardrobe of a 1930s movie star, and very little in common with his fellow fourth-graders. 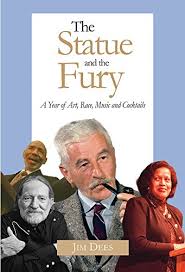 If you like learning about Oxford: The Statue and the Fury by Jim Dees

This book chronicles the events and outrage of the year 1997 in Oxford. From the William Faulkner statue on the square and the rage over the magnolia tree that was cut down to make room for it to the Confederate flag, “Dixie”, and Col. Reb, Dees brings life to these pivotal events. 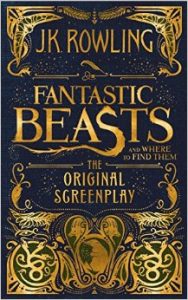 If you’re a Harry Potter fan: Fantastic Beasts and Where to Find Them Original Screenplay by J.K. Rowling

You saw the movie, now read the screenplay again and again. J.K Rowling’s latest masterpiece reads just like any of the Harry Potter books, brilliantly. You’ll laugh and cry as you read about the adventures of Newt Scamander in America as he looks for his unusual friends. 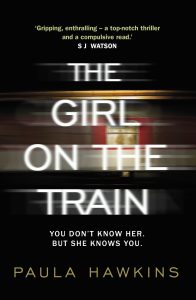 If you’re interested in #1 New York Times Best Sellers: The Girl on the Train by Paula Hawkins

The Girl on the Train follows a commuter who takes the same train every morning and night. She comes to enjoy watching a couple she always spots outside while daydreaming about how perfect their life must be— until one day it isn’t. 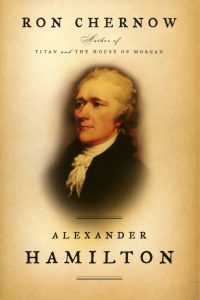 If you love Lin-Manuel Miranda: Alexander Hamilton by Ron Chernow

Get to know the man from your favorite musical in this biography by Ron Chernow. In the first full-length biography of Alexander Hamilton in decades, Chernow tells the riveting story of a man who overcame all odds to shape, inspire, and scandalize the newborn America. 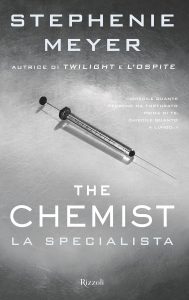 If you loved Twilight (Don’t lie. You know you did): The Chemist by Stephanie Meyer

Despite all of the negativity, there is a reason that the Twilight Saga was so popular. Stephanie Meyer is a brilliant author with a vivid imagination. In this newly released novel, a former U.S. government agent on the run from her former employers must take one more case to clear her name and save her life. 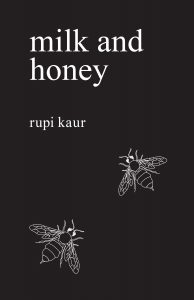 If you love poetry and feminism: Milk and Honey by Rupi Kaur

Milk and Honey is a collection of poetry and prose about survival. About the experience of violence, abuse, love, loss, and femininity.The book is divided into four chapters, and each chapter serves a different purpose. Deals with a different pain. Heals a different heartache. 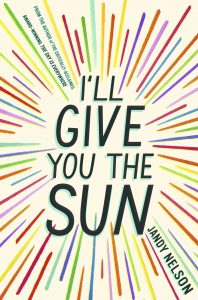 If you want a read about family: I’ll Give You the Sun by Jandy Nelson

This story about inseparable twins, Jude—a loud and adventurous girl— and Noah —an artistic boy falling in love with the guy next door. Years later, after a tragic event, they are hardly speaking. If they can find their way back to each other, they can remake their worlds. 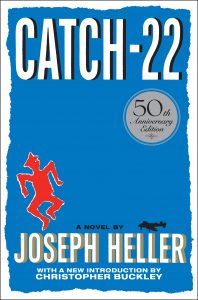 If you enjoy the classics: Catch 22 by Joseph Heller

Set in Italy during World War II, this is the story of the incomparable, malingering bombardier, Yossarian, a hero who is furious because thousands of people he has never met are trying to kill him. But his real problem is not the enemy—it is his own army, which keeps increasing the number of missions the men must fly to complete their service.

If you like to read the book before you see the movie: The Bell Jar by Sylvia Plath

If you’re going to see the movie, written and directed by Kirsten Dunst and starring Dakota Fanning, first read the book. This 1963 novel is also a classic. But its about young author, Esther Greenwood, falling into the grip of insanity. This chilling tale undresses mental health like no other, describing suicide attempts, medication, therapy and recovery.

Rachel Vanderford is a senior Integrated Marketing Communication major. In her spare time, she enjoys reading, listening to punk rock music and playing with her cat, Dinah.